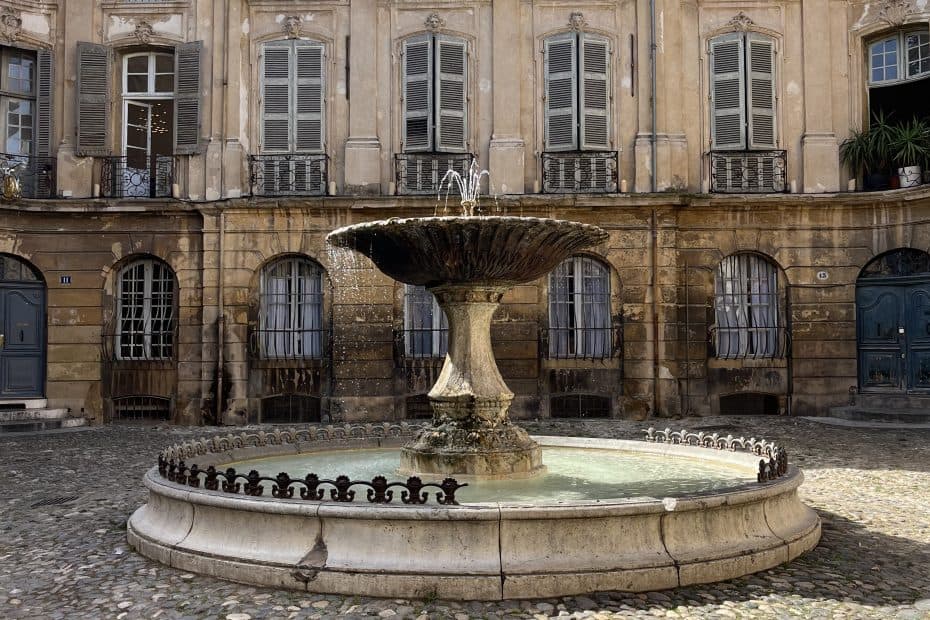 The town of Aix-en-Provence located in the Southern part of France is famously known as the birthplace of painter Paul Cézanne and for having the most fountains in France: hence being called the city of art and water. Sure enough, as we explored the town for the day, our attention while walking “the city of a thousand fountains” was the fountains.

Water has always been an important aspect of the town, as it was one of the reasons it was claimed by Roman Empire around 100 BC and became a popular location for Bath Houses. While doing a walking tour of the city, we learned the significance of several of the fountains near the market area. The centermost fountain is one that is near and dear to the townspeople as is tops Good King René, the last ruler of Provence before France claimed the area after his death in 1486. Another Aix favorite is found a few meters away and its water is sourced from an actual spring. We had the opportunity to stick our hands in and in comparison to typical fountains that release cool water, this water was surprisingly warm. The water is so warm that on cooler days, you can see steam coming from the fountain. As its the only fountain in the city that is covered in moss and surrounded by bees, one can’t miss it.