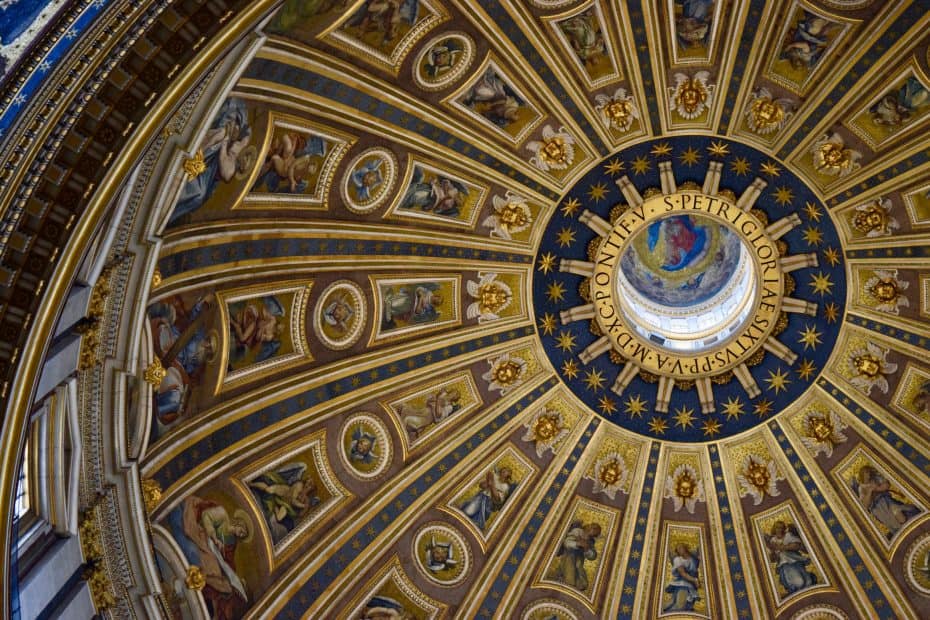 The inside of the main dome of St. Peter’s Basilica is home to many intricate details and pictures. The words around the gold ring state “Hinc una fides mundo refulgent” or “From here a single faith shines throughout the world”.

Saint Peter’s square is the ultimate destination for many Christian pilgrimages. Tradition states that Saint Peter was crucified upside-down on Vatican hill between 64-68 AD. Saint Peter’s square is bordered with grand columns adorned with detailed sculptures on top. Vatican City is the smallest country in the world yet contains the capacity to hold tens of thousands of visitors. These visitors are from every corner of the globe and come together in Saint Peter’s Square like ingredients in a traditional Italian minestrone soup.

It was a humbling experience to stand in the area where St. Peter, a prominent historical and religious figure, once stood. Entering the basilica was breathtaking. The ceilings are hundreds of feet high with regal designs, sculptures, and frescos. The sheer size of the ceilings and sculptures dwarfed me. The pillars are made of captivating red marble wider than barrels of wine. The floors are inscribed with ornate gold Greek and Italian words that could be easily missed due to the constant fixation with the ceilings.

St. Peter’s Basilica is home to more than just great architecture, as there are captivating sculptures. Michelangelo’s Pieta can be found near the entrance. The Pieta was created out of a single piece of marble during the renaissance era and captures the raw emotion of Mary holding her crucified son. Our tour guide described the sculptures of The Tomb of Pope Alexander VII as, “One of the greatest tombs of the baroque age” which features a skeleton holding an hourglass.

I found myself entranced as I began to comprehend the significance of these leaders. I was subdued by the silence within the crypt, and I hope to experience tranquility of that magnitude again in my lifetime.

Vatican City has something for everyone to enjoy, whether it be the global communities’ pilgrimage to the distinguished art or the tenderness a church provides a lost soul. Saint Peter’s Square and Basilica provoke emotion that could never be imagined from a mere Google image search.

Previous
Next
Click here for more photos from Day 7 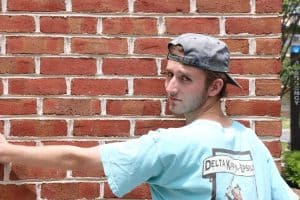 Featured Writer:
John is a senior mass communications major at the University of South Carolina. His favorite site in Rome that he has seen is the Vatican. 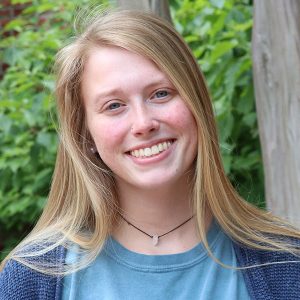 Featured Photographer:
Emma is a junior journalism major at the University of South Carolina. She has enjoyed exploring the city of Rome.