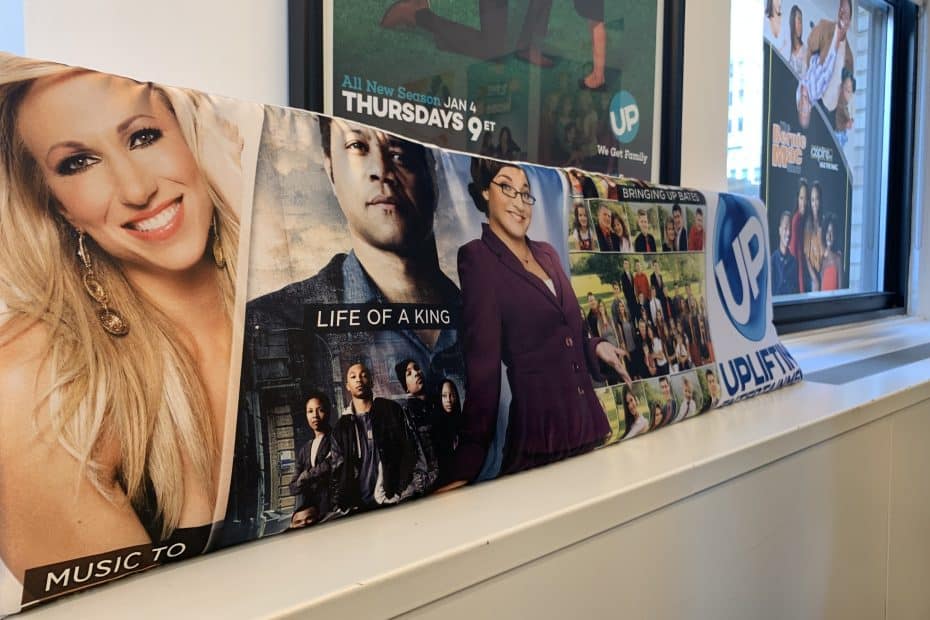 Following our meeting with former advertising student McKenna Porter, ’18, at Viacom’s headquarters in Times Square, we had 15 minutes to hustle through the humid streets of Midtown before arriving to UPtv’s sales office on the corner of 40th Street and 6th Avenue.

Just steps away from Bryant Park, our class was privileged to have the opportunity to speak and eat a fantastic lunch with Lisa Fischer, ’84, who is currently UPtv’s Executive Vice President of Advertising Sales.

UPtv is the second-fastest growing cable network and was formerly known as the Gospel Music Channel. Their target demographic is children and families with adults aged from 25-54.

Their network’s content revolves around broadcasting shows that make families happy, and with 70 percent of television viewers saying there aren’t enough positive shows today, UPtv has taken charge with their extensive variety of independent content highlighted by Bringing Up Bates, Heartland, Home Improvement and The Gilmore Girls.

Ms. Fischer has been in her role since January 2014 and previously worked with ION Media Networks from March 2010 to January 2014 as their Senior VP of Advertising Sales, Discovery Communications from 1998 to 2009, and the USA Network and SciFi Channel for 10 years from 1988 to 1998 as an account executive.

Despite graduating from the University of South Carolina 35 years ago, Ms. Fischer continues to give back to the Gamecock community, serving on Dean Reichert’s advisory council, which consists of a network of professionals working in the communications industry across the globe.

It was insightful to hear about the impact Ms. Fischer continues to have on our program with her extensive experience in the advertising industry.

A few key takeaways from Ms. Fischer’s discussion with our class included statistics on the impact multi-screen viewing is having on the television industry, how conglomerates are revolutionizing advertising, analytics, the necessity of television advertising and the power of owning exclusive content.

Ms. Fischer emphasized the importance of catering to consumers of their network, as the average American spends 10-and-a-half hours daily using media, and 29.5 million people watch television in a 10-hour day according to data from the Video Advertising Bureau.

However, this isn’t just taking place at homes with cable subscriptions.

There has been a notable increase in the use of streaming services by individuals over 18-years-old, with five times more millennials subscribing to Hulu, Netflix, etc.

In addition, we learned about technological advances with streaming and digital content being pushed out quicker than ever before with streaming services being provided by Apple and Amazon. This fall when Apple TV+ is unveiled publicly, UPtv has also been confirmed to be accessible without a cable subscription.

Our generation is in the midst of a streaming revolution and with these changes to how we view content, Ms. Fischer told our group about the importance of search engine optimization and social media in order to hear what people are saying. In an effort to gain a presence across social media, UPtv has used #uplifting and #wegetfamily across Facebook, Twitter and Instagram.

On our campus, she told our class the importance of putting the SJMC’s brand-new Social Media Insights Lab to use.

Our third day of visits in Manhattan was our busiest and most action-packed one yet. With a full-fledged 9-5 schedule finally in the books, we’re looking forward to taking in the remainder of our time in the Big Apple. 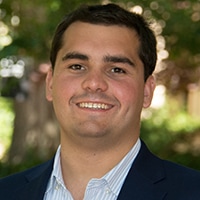 Nick Papadimas is a fourth-year journalism student from New Providence, New Jersey. He aspires to be a sports reporter or television producer in the New York City area.
Skip to content