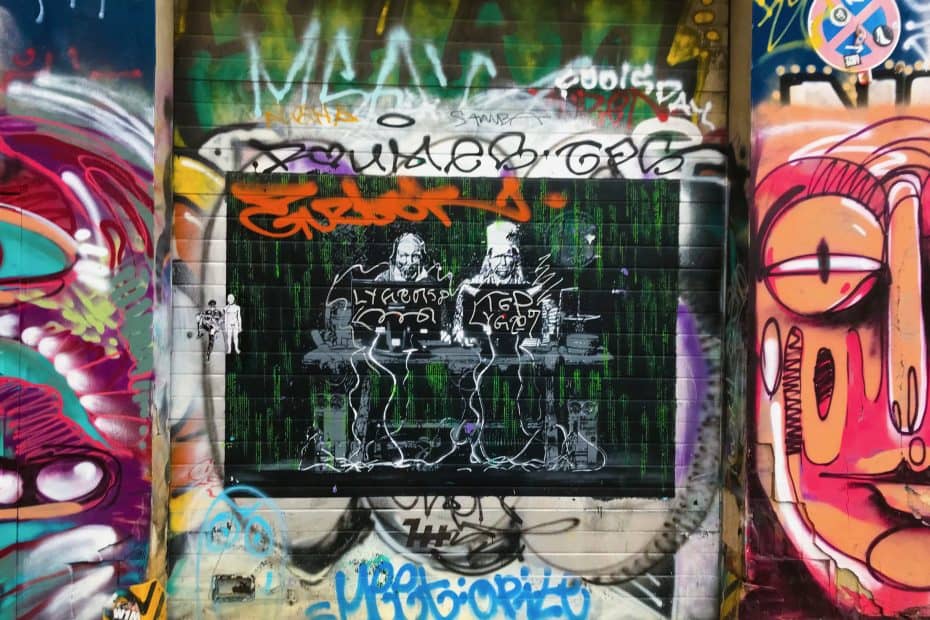 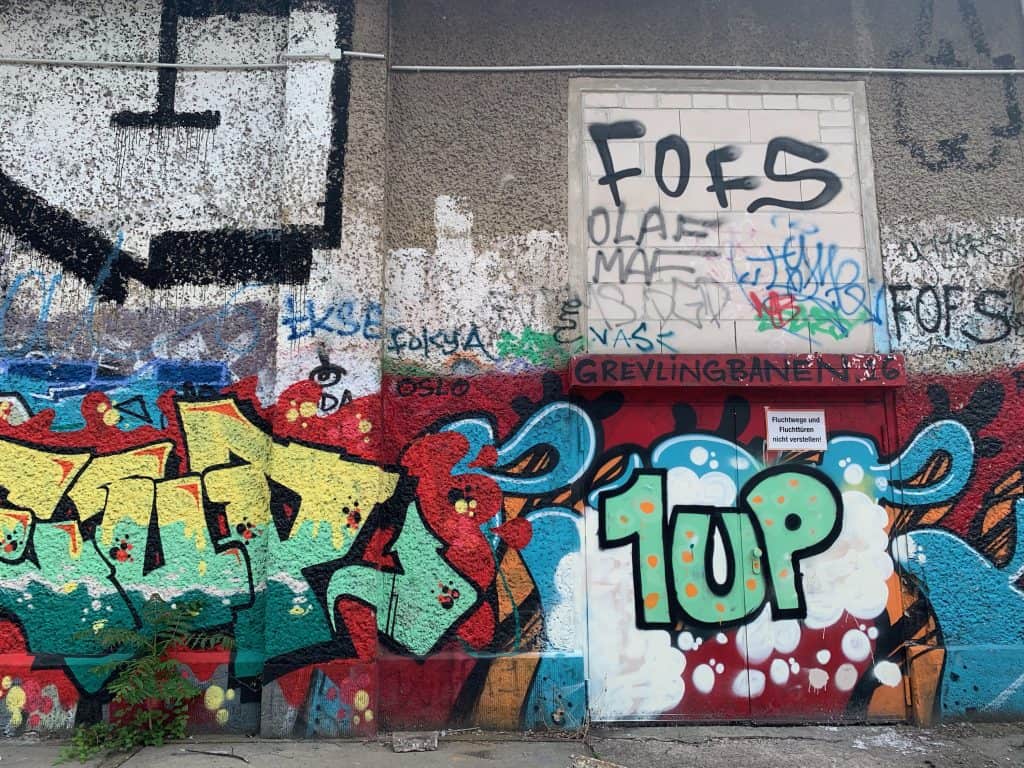 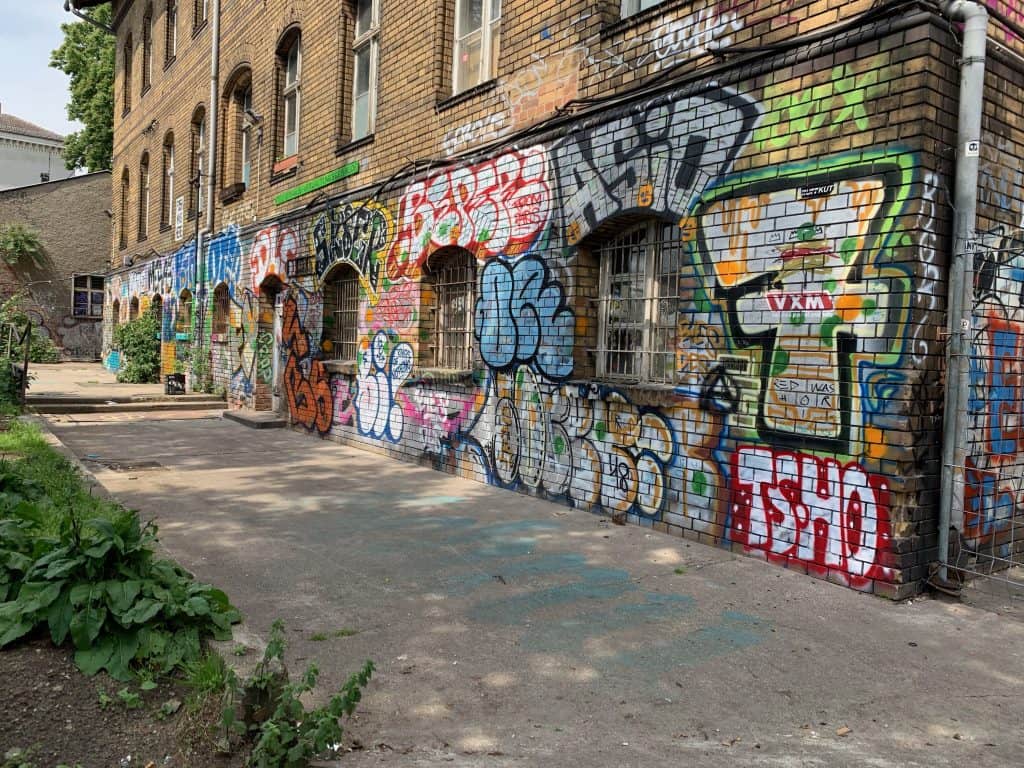 Instead of boring you with our last day of travel and flights home, I’ve decided to tell you about my favorite things that we did in Berlin. When you think of Berlin, graffiti is probably one of the first things to come to mind, and seeing it everywhere we went was no let down. As a group, we went on a graffiti tour and learned about the different styles and techniques around the city and delved deeper into the meaning of this artistry and culture. After the walking tour, we went into a real graffiti artist’s studio and made our own graffiti art on canvas to take home with us.

Conveniently located in the hub of graffiti that we visited for the tour, is the world’s smallest disco. The Teledisko appears to be just a bright yellow phone booth, but when you approach it, you see a screen where you can pick your favorite songs to party to inside. The disco is Berlin’s most exclusive party where a maximum of three people are allowed in at a time- for the price of 2 euros. Inside the booth you are in control of the strobe lights, fog machine, and camera and can rage for the next 3-4 minutes. We loved it enough to go in for a second party, after all, who else can say they’ve partied in an old phone booth? 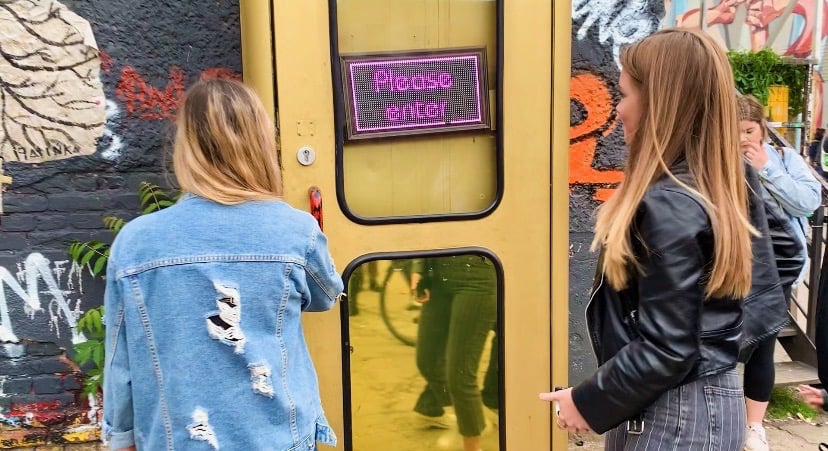 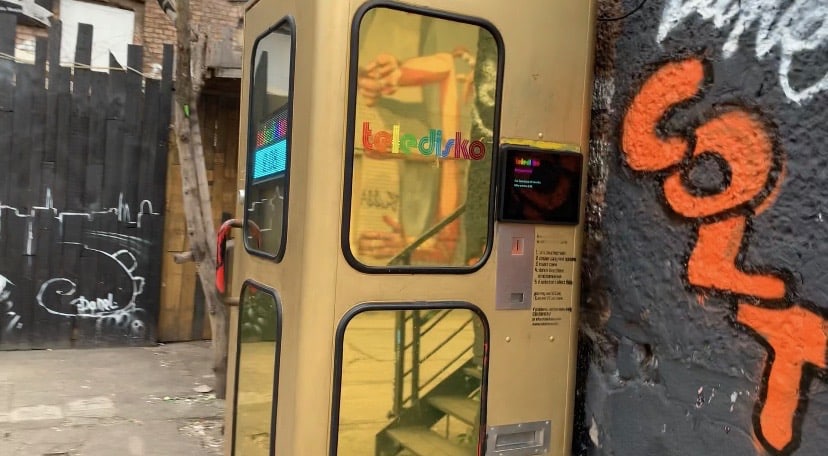