A scavenger hunt at FCB Health 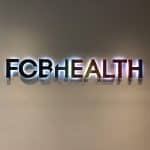 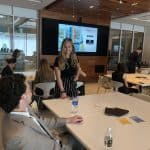 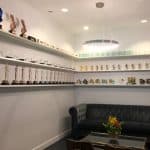 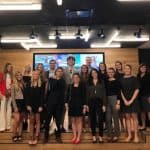 On our second day of the trip, we started our morning at FCB Health. For those who are unaware, FCB Health is a pharmaceutical advertisement agency. The modernized and trendy workspace is enough to impress, but their actual projects are even more remarkable. We engaged in fun, friendly competition as we went on a scavenger hunt throughout the spacious office which was provided as a self-led type of tour where we were able to talk to employees and witness the robust working environment.

I talked to one employee who had just moved to New York City from Los Angeles and she was happy to talk about all of her professional milestones. I was pleasantly surprised by how friendly the employees were and their ability to show genuine interest in our trip to the city; each person I encountered was extremely supportive of all of our aspirations and it is clear that the overall positive attitude of the employees is what sustains their concrete work environment.

The most interesting and informative part of this tour was learning about the advertisement process from brainstorming a small idea to full production, which was explained by creative directors Jeff, Brian and Jessica. They spoke specifically about the drug, Dermira, that helps with excessive sweating and how they created a full campaign, ultimately landing the brand as an ongoing client. In order to spread awareness, they created broadcast, print and social unbranded advertisements about excessive sweating to prime people’s minds for a problem that they can solve with Dermira. The goal of the advertisement was to target millennials from 21 to 35 — which was also targeted slightly more towards women — who have been suffering from chronic sweating for about 10 years.

For Dermira, the Southern Charm reality star Cameron Eubanks was the spokeswomen for their unbranded advertisement, which brought a significant amount of attention to chronic sweating as a whole. Then, they released the branded advertisement which, as I mentioned previously, is the solution that they are providing for a problem that many people struggle with.

Based on the information presented, it is clear that the entire team working at FCB Health is very knowledgeable in the field of advertising, and it reflects in their professional success and long legacy. I thoroughly enjoyed our visit and I am very thankful that they were able to provide us with so much information in a mere two-hours. 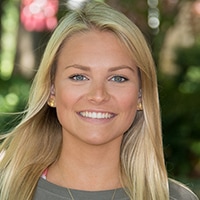 Gabriella Herres is a sophomore majoring in broadcast journalism at the University of South Carolina. She lives in Charleston, South Carolina.
Skip to content