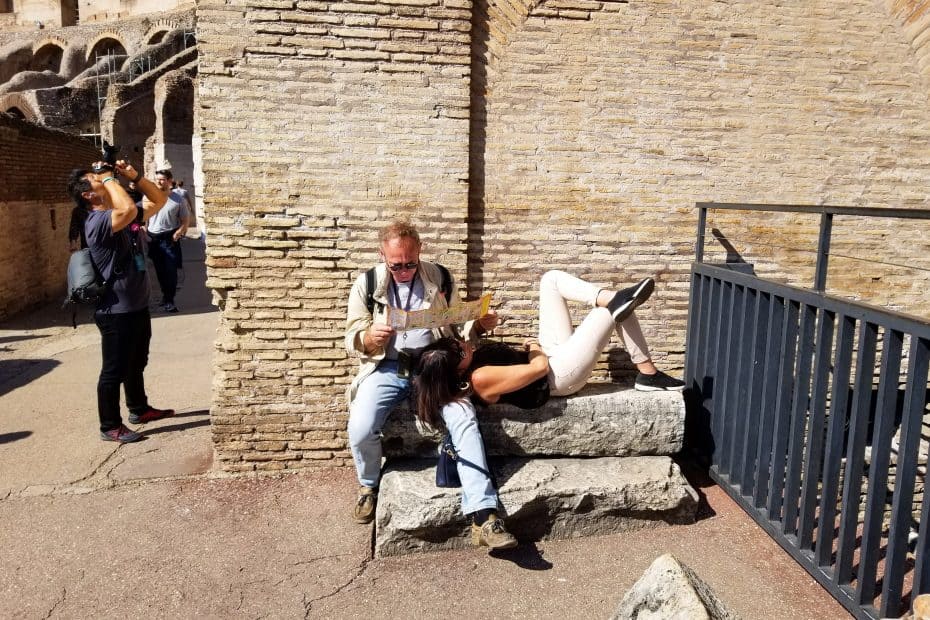 A couple lounges in the Coliseum while figuring out their next destination.

I stumbled down an intriguing cobblestone path tucked away behind the Trevi Fountain just to get away from the crowd. Just minutes before, thousands of people surrounded me waiting to catch a glimpse. I noticed the eager anticipation of each individual to see a landmark that signified their presence in Rome.  I don’t know why each person decided to visit the fountain that day, but I can put together a scenario in my mind by people-watching. The concept of “people-watching” is observing strangers as they interact in a public space.

As a tourist, I enjoy going to all of the historical landmarks with the high prices and the low-quality ear monitors. Who doesn’t want to see the inside of the Colosseum or the details that encompass the Vatican? Despite the beautiful monuments everyone admires so dearly, these landmarks are static. They are tangible pieces of history. The same stories are told every day to different people eager to listen. But one thing constantly changes in Rome, its people.

Millions of people visit Rome each year for different reasons. Some are local to Italy, some are a train ride away in Europe and some fly in from all over the world. Each individual staying for a different amount of time and with different tasks on their Roman bucket list. While the Vatican took my breath away, I again found myself watching the ever-changing people. I tried to pinpoint where they were from, who they were with and why they were here.

When visiting the Colosseum, our tour guide Georgio told us, “No more than 3,000 tourists are allowed inside at one time.” While that number doesn’t seem large in comparison to the 50,000 people that were once seated inside, it is still 3,000 individual lives that flood the attraction on a constant, rotating basis. Each individual with their own perceptions and views of the historical amphitheater.

While I do enjoy learning about these grand pieces of history, I prefer to focus on the more present aspects of Rome. The smaller interactions of talking with the pizza man or getting hugged by our tour guide. The laughter between strangers as they take a silly selfie or the chills that run down our backs as we learn of the deaths that occured right beneath our feet. It is possible to read about historic landmarks with the click of a button. Our phones easily pull up a page containing all of the facts our tour guides have given us; but the interactions we view organically cannot be replicated. They won’t be found in a Google search or on an Instagram feed. The photos and stories we capture of raw emotion might not be seen as often as the iconic Colosseum but they are equal in importance if not more. 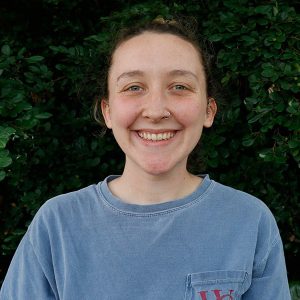 Emile Roberts is a senior Advertising major who has enjoyed interacting with the locals. 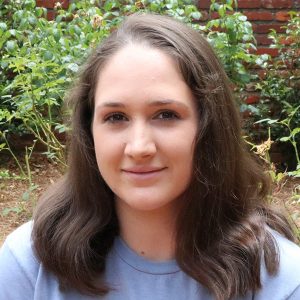 Sarah Waldrop is a senior advertising major who has enjoyed visiting all of the local bookstores.