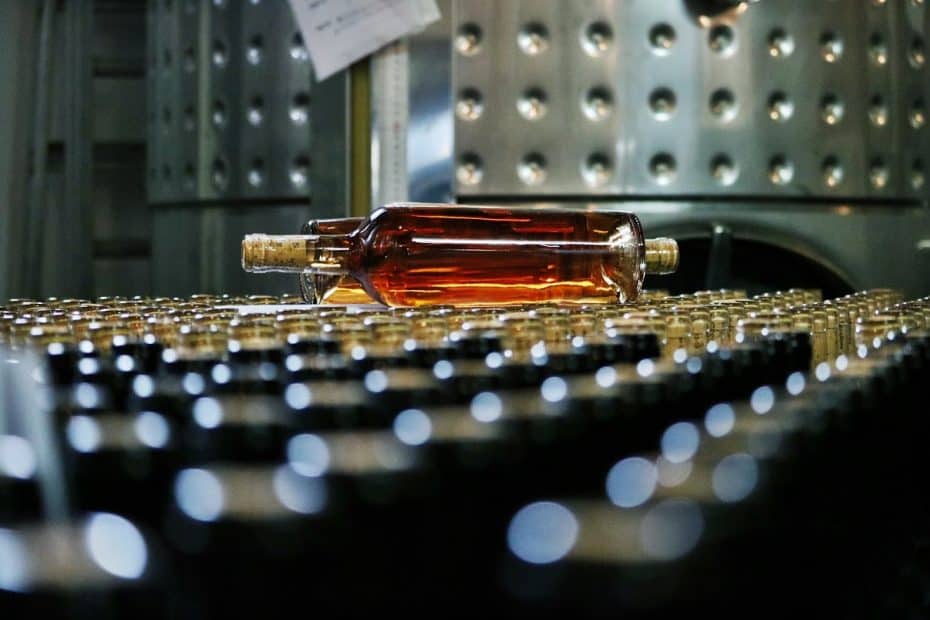 Cantina del Vesuvio produces 60,000 bottles of wine every year at the foot of Mt. Vesuvius.

The four-hour ride though the countryside of western Italy brings us to Pompeii, residing near the beautiful coast of Naples. Our group walks through the ruins of Pompeii, and I imagine a 20-foot blanket of ash over the entirety of the city, just as it was before its discovery over 300 years ago. In the remains that had been excavated, we learn that the city of Pompeii was bustling with life at its prime. The city was full of merchants, families, and shops. Pompeii was considered technologically advanced for its time considering its use of roadways and stonework. Pompeii was also known for its wealth and abundance of merchants and traders.

Vast areas of the city were destroyed during the earthquakes and happened before the devastating eruption of Mount Vesuvius. Because of the condition of the ruins, we must imagine the busy streets and colorful walls of what was once a bustling metropolis.

Naples is the city that now resides near the ruins of Pompeii. The eruption of Mount Vesuvius extended the beach significantly allowing for more area to be cultivated. This area is scattered with lush greenery, and forms one of the most beautiful coastlines in the world.

From here, we venture further up the mountainside and into the rural part of the city. Passing dozens of grape fields, we admire the thick vines lightly wrapping around the wires they grow on like massive guitar strings spanning over the mountainside.

Through a group of olive trees, we come to the small vineyard Cantina Del Vesuvio. From the entrance there is a captivating view of the mountain to the ocean with grape vines strung between. It is quite honestly the most authentic place I’ve ever been to. As we walk throughout the winery, our guide informs us that it was established by the Russo family in 1948. We sit down in an outdoor patio area to eat and taste their different varieties of wines, all made here on the foothills of Mount Vesuvius. Our first wine was the bubbly Capafresca. This one was to be tasted with their tomatoes and bread. The delicate spice complements the tomatoes wonderfully. Second, is their white wine accompanied with a decadent cheese. Third is the red which is sipped alongside bread infused with cured meat. For the main course, they serve spaghetti with a four-year-old Reserve Red Wine. This last red is my absolute favorite. It is bold, smooth, and has a rustic yet natural flavor. The winery prides themselves on their ability to produce very rich and delicious wines. However, their wines are not sweet. Their particular technique is to produce wines that are more pungent in natural flavors. The volcanic soil they grow their vines in is rich with nutrients, allowing them to attain these unique tastes. It is truly some of the best wine I have ever tasted. A once very active city known for its delicious foods and wines destroyed 2,000 years ago continues to produce life out of its ashes. The ruins of this historic place births new life like a phoenix from the ashes. Tasting the staple wines and indigenous foods after touring the ruins, while peering up at the daunting Mt. Vesuvius, represents the ability of Italians to overcome disaster and keep the history alive. 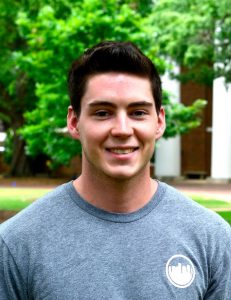 Matthew is a senior visual communications major at the University of South Carolina.
Featured writer. 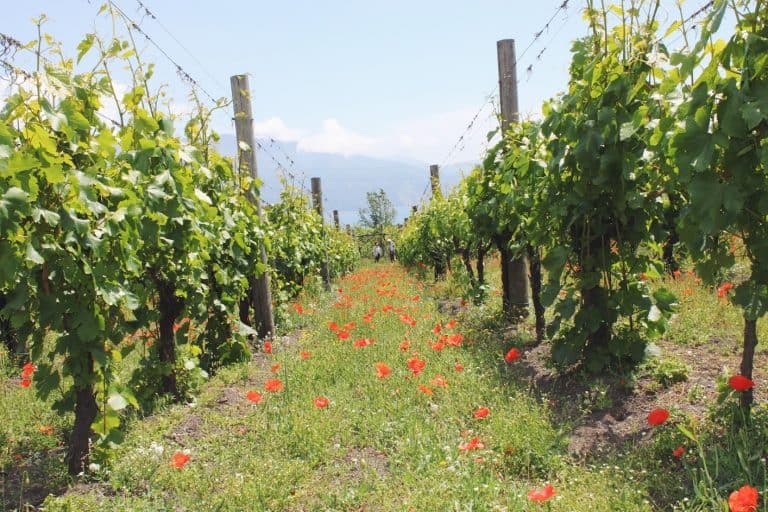 At the base of Mt. Vesuvius, Cantina del Vesuvio’s volcanic ash topsoil allows for the highest quality of wine production. 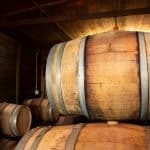 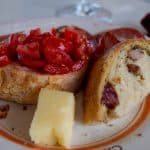 Bruschetta was the antipasto (appetizer) for the evening. 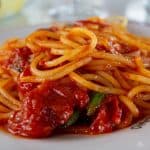 The Reserve Red Wine was paired with spaghetti. 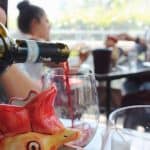 A group of students enjoying the meal. 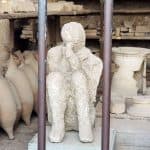 A citizen of Pompeii eternally trapped in volcanic ash. 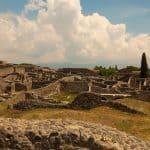 A panoramic view of the ruins of Pompeii.

This is a geographical map of the vineyard Cantina del Vesuvio we visited. It is nestled between Pompeii and Mt. Vesuvius, and it overlooks the Mediterranean Sea.

View More of Our Adventures!

John is a senior visual communications major at the University of South Carolina.
Featured photo. 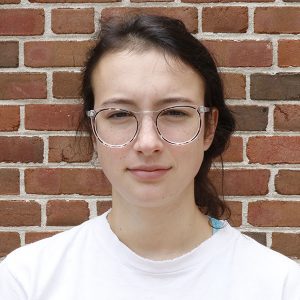 Mia is a sophomore public relations major at the University of South Carolina.
Secondary Photo.